Ecological problems are today more of a topic than ever before. Industrial branch of economy is one of largest polluters in the world and the goal should be reducing it as much as possible. Environmental pollution is being caused on many different ways – releasing different unstable organic compounds, air pollutants in gas condition or irregular handling of industrial waste. All those factors are proven to be bad for health of people and wildlife, environment pollution and air and water supply contamination.

Although most pollution has much greater long-term consequences, if several factors overlap, these consequences can be short-term and dangerous. The Great Smog of London, which occurred between 5 and 9 December in 1952, killed, according to some estimates, at least eight and at most up to twelve thousand people. Smog was created by combining very cold windless weather and using a coal fireplace to keep people and their homes warm. The fog created by the weather conditions combined with the smog formed from the fireplaces, cars, and chimneys. For a full five days a cloud of fog and smog paralyzed London, the entire transport infrastructure was stopped except the London Underground. Mostly children and the elderly and people with chronic lung diseases died.

The event prompted the British Parliament to transition from coal as the primary fuel to gas, oil, and electricity. Similar things are happening today, the world’s overpopulation and the needs that go with it are causing more and more uncontrolled dumping of industrial waste into the environment and a transition to clean energy sources is needed.

Manufacturers must find a way to eliminate all negative by-products from industrial sector as much as possible.

Why this is so is quite simple. It is well known how many bad consequences excessive release of waste into the environment brings. The most dangerous is global warming, which occurs due to excessive emissions of methane and carbon dioxide into the atmosphere, and most of these emissions come from industrial production.

Air pollution can be defined as „the introduction of substances or energy, caused directly or indirectly by man, into the air resulting in harmful effects such as endangering human health, harm to living beings and ecosystems and material possessions and interfering with amenities and other legitimate uses of the environment.“ The biggest pollutants in the atmosphere today are nitrogen oxides, sulphur oxides, particulate matter (dust) and heavy metals such as mercury or lead. In addition to the directly responsible industry (especially the coal industry), heavy pollution is caused by transport, the agricultural sector (heavy use of fertilizers) and waste incineration.

More and more industries are switching to clean energy and that should be done by the rest of them. Facilities that use natural gas or coal as fuel contribute to air pollution all over the world. Those pollutants cause breathing problems, neurological problems and increasing chance for heart attack or cancer, among all other chronical health problems. Heaviest fossil fuel users are, by far, paper and concrete manufacturers. In best case scenario, as fuel would be used solar and wind energy, but mechanism for that is still far from done. Biomass or geothermal energy would be acceptable, which still create some by-products causing air pollution, but in much lower quantity than natural gas or coal.

Air pollution and climate change are closely linked, leading to international legislation. Despite the laws, industries that are not yet switching to cleaner energy sources are successfully bypassing them. According to a study by Andrew King and Michel Lenox in 2002, as many as 30% of the industry underestimates waste reduction measures. Polluted air in Europe alone is responsible for 400,000 premature deaths a year. Poor law enforcement and poor implementation, despite good and strict laws, are the main culprits for European cities leading the way in air pollution, despite countries in transition such as India and China relying on industry as a major economy sector. It is assumed that air pollution will decrease by 2030 but will then slow down exponentially.

The best recent example of non-compliance with international law is the 2015 Volkswagen scandal („Dieselgate“), where it was revealed by the US Environmental Protection Agency that VW deliberately programmed diesel engines to detect test environment, thus changing performance to better compliant with exhaust gas (nitrogen oxide) regulations. This is because, despite both the US and the EU having demanding standards, the US is more focused on nitrogen oxides, while the EU is more concerned about carbon dioxide. Diesel cars are only produced by European manufacturers and this has therefore required „adaptation“ for the foreign market. Such cars produced up to 40 times higher emissions of nitrogen oxides in the real world than allowed in the United States.

Furthermore, good thing would be using technologies which are destroying air pollutants at its source. That step would be perfect start for facilities that have no possibility to switch to “greener” energy immediately. There are plenty of mechanisms for different pollutants and they are not all equally effective. One of the ways is catalytic oxidizing – using very high temperatures and chemical catalysts is possible to reduce pollutants to their compounds, which can be released into the air without harm.

One of the methods that is increasingly used is the use of microorganisms or fungi to clean heavy metals or organic compounds that are difficult to degrade. This is especially true in developing countries, where water pollution per mass unit is much higher than in developed countries. In addition to self-developing of those countries (again the example of India and China), many developed countries have chosen to produce there, because they do not yet have as much environmental laws. This is especially true in the mining industry, where waste storage is expensive, and pollutants are very toxic.

Maybe most important way for preventing pollution is development of more efficient techniques of manufacturing planning. Disbalance of supply and demand has great influence on environment and its pollution – for example, if supply is high for product that is not in demand now, facility is unnecessarily contributing to air pollution. Although, in this case huge part have political and economic games, in ideal world manufacturers across the world would find a way how to balance supply and demand of products and, working that way, would keep unnecessary manufacturing activities at minimum, while keeping unwanted products outside of supply chain.

It has already been mentioned in the text that transport is one of the biggest polluters today. The generally accepted view is that switching to mass use of electric cars would solve this problem. Electric cars are getting cheaper, the cheapest are around 30,000 US dollars (about 190,000 HRK), with a range of up to 250 kilometers. Although most are still city cars that are available to the wider market, there are already those whose reach goes over 800 kilometers, although these models are still out of the price range for most people.

Despite all the above, Forbes magazine investigated whether electric cars are really more environmentally friendly than cars with internal combustion engines. The biggest problem is the production of batteries that require a lot of rare metals whose extraction from the ground causes carbon emissions. One comparative study found that China’s electric car production infrastructure produces up to 60% more CO2 in production than cars with internal combustion engines, although that CO2 emissions can be reduced by up to 66% by switching to American or European-style production. As such, the emissions of these two ways of transport are equal or slightly inclined to the side of electric cars. Nevertheless, in the long run, electric cars have a huge advantage because they last a long time and, once produced, no longer affect the level of CO2 in the air.

With the advancement of technology, it is to be expected that electric cars will thrive and become more efficient and cheaper, given that more and more people are starting to turn to this type of transport. Turning the economy towards electric cars will also improve production infrastructure, more efficient production techniques, recycling options, and reduce the need for material mining.

World already got used to the production the way it is now, economical profit since first industrial revolution is still too large for manufacturers to risk and dare to make critical changes. Nevertheless, less pollution would make less pressure on health care and there would be less sick time and bad productivity. World economic forum has a guess that world could lose 3.8 billion workdays per year by 2060 if trend goes on at this tempo.

The consequences of economic losses can already be seen today. The global economy has lost $225 billion a year due to lost working days. In addition, traffic jams often interfere with day-to-day operations, while poor air quality affects employee performance and motivation, even if the work was done in the office. An increasing problem is the inability to find senior workers in cities that are above average polluted, mainly because of air quality on the spot.

Having all this in mind, manufacturers should consider environment pollution more seriously. If not for the rest of the world, then because of themselves.

Smart cities can be defined as urban areas that use 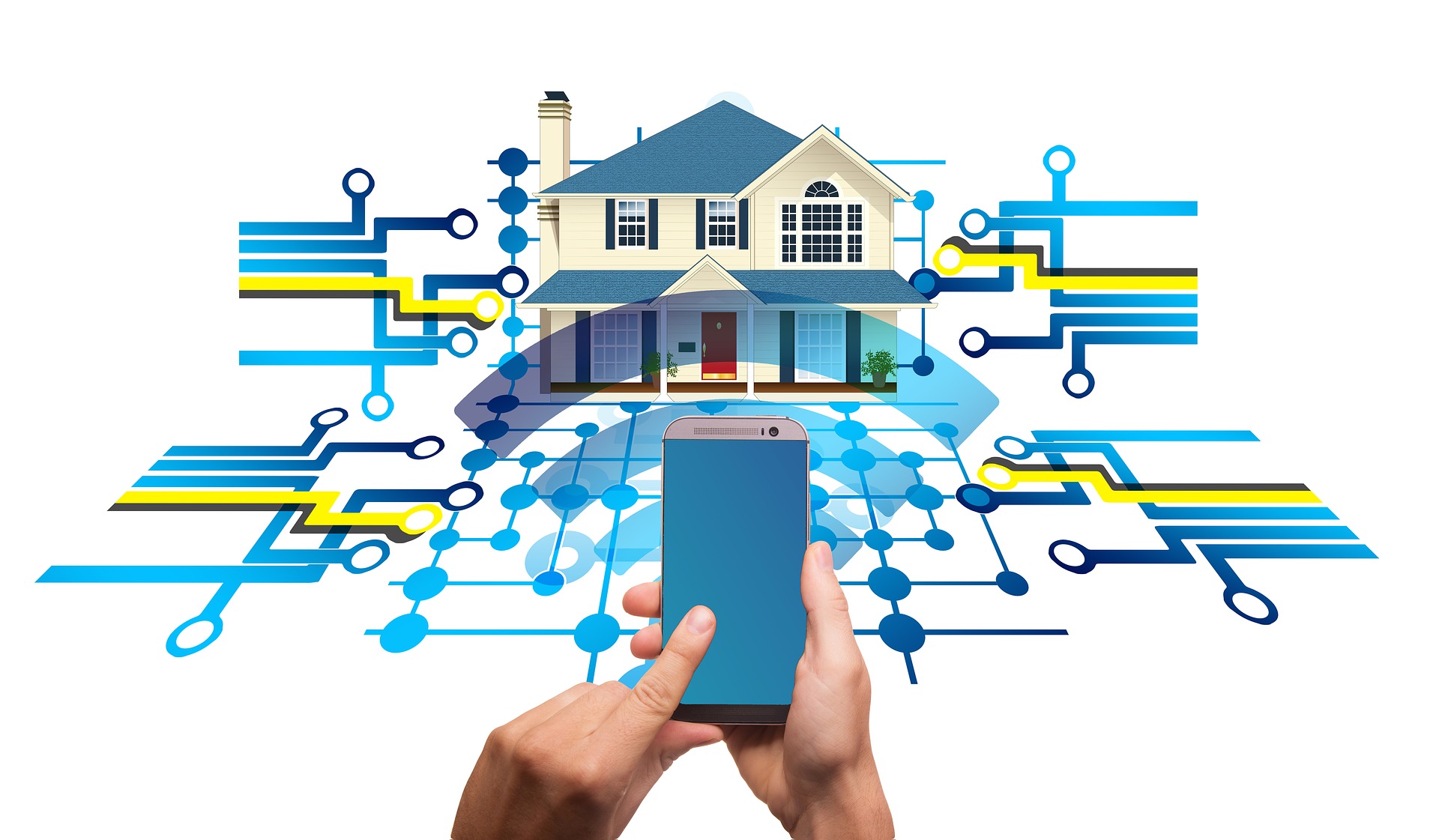 For decades, since the beginning of science fiction in literature,

Traces of pharmaceutical production can be traced back to the